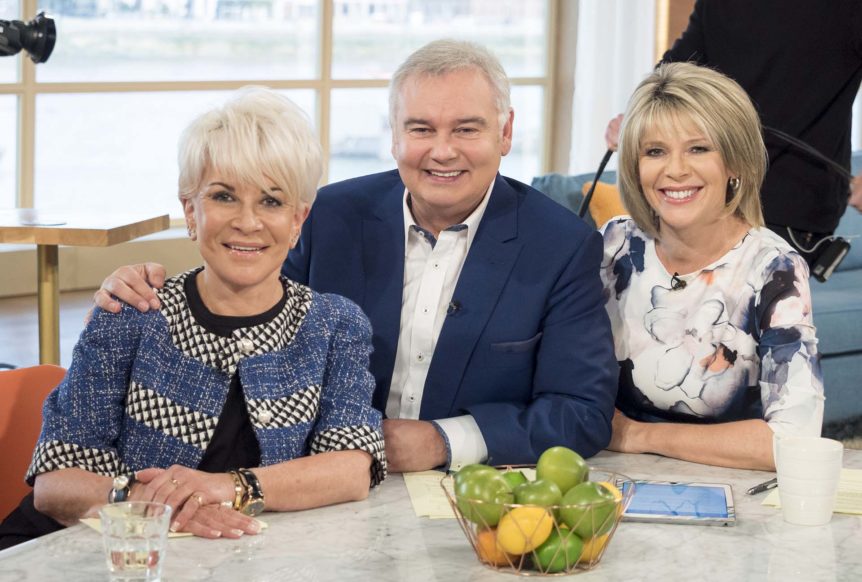 >>>Click here to read the full article on The Express

RUTH LANGSFORD – who is best known for hosting This Morning with her husband Eamonn Holmes – has admitted she “couldn’t live with herself” if her new move away from hosting the ITV show “failed”.

Ruth Langsford, 60, has admitted she “couldn’t live with herself” if her career move into fashion was unsuccessful after she released a clothing collection with QVC. The Loose Women panellist opened up about her focus on working hard on all of her projects, as she revealed she wouldn’t be satisfied if she didn’t try her best.

Ruth’s comments come following news that she and her husband Eamonn Holmes, 61, are set to be replaced on their usual Friday slot on This Morning by Alison Hammond and Dermot O’Leary.

Addressing her concerns about “failure”, Ruth said: “I’ve always worked hard at what I do once I commit to it.

“And I thought if things that I’ve done, and particularly QVC, I thought, if this fails, it won’t be because I didn’t work hard.”

Fortunately, Ruth was quickly reassured by her friend, events planner Liz Taylor, who she was chatting to on the latest episode of her podcast, Events That Made Me. Listen Here

The star continued to explain: “Because I couldn’t live with myself, if it failed and they said, ‘Well…’”

Liz then chimed: “Ruth, it’s not going to fail! It’s getting bigger and it will grow.”

Agreeing with the host, Ruth replied: “It’s getting bigger and bigger.”

The television personality recently thanked fans for their support of her QVC range, which marked its third anniversary this year.

Sharing a video on Instagram, she said: “I just wanted to thank all of you who have been shopping my range at QVC, taking advantage of the three Easy Pays which have been on my range for the whole month of November at QVC.”

She added: “And they’re there to thank you for supporting me in those three years.

“It’s gone so quickly I can’t believe it. So thank you for your support.”

Meanwhile, Ruth shared that she had been missing in action from QVC earlier this month, after she took the day off to celebrate her husband Eamonn’s birthday.