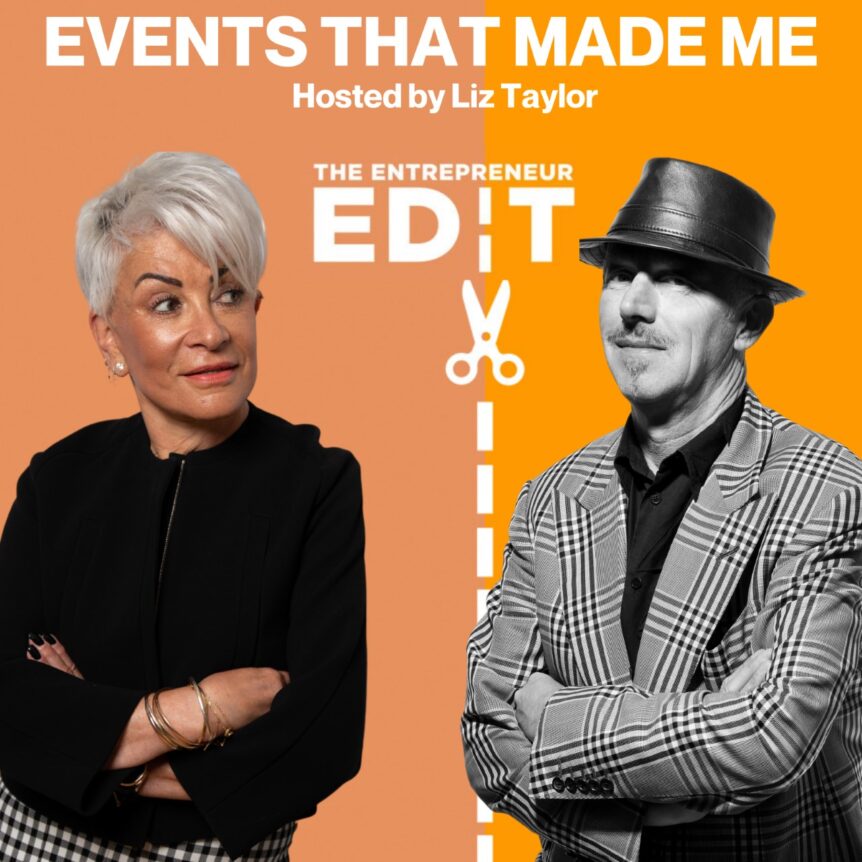 Who inspires you? For property mogul Tom Bloxham it’s people like Richard Branson and… the Sex Pistols.

In this season of Events That Made Me, celebrity event planner Liz Taylor sits down with entrepreneurs to uncover how they found success. Founder and chairman of Manchester’s leading property regeneration company, Tom Bloxham MBE, shares with Liz how he went from fire extinguishers and posters to a multi-million-pound property portfolio. Tom also shares the challenges for a young entrepreneur in the early 90’s “going into business was almost for those, you know, thickos with less options.”

Liz Taylor’s 30-year career in event planning has built an impressive portfolio of events, including celebrity weddings, charity fundraisers like Children in Need with Gary Barlow and huge gala dinners such as Winter White Gala at Kensington Palace for HRH Duke of Cambridge, as well as the Manchester United Champions League winning after party in Moscow and Coronation Street’s 40th anniversary celebrations. During lockdown in March, with the events industry on hold, she turned her attention to launching her own consultancy and realised a lifelong ambition in launching her own podcast.