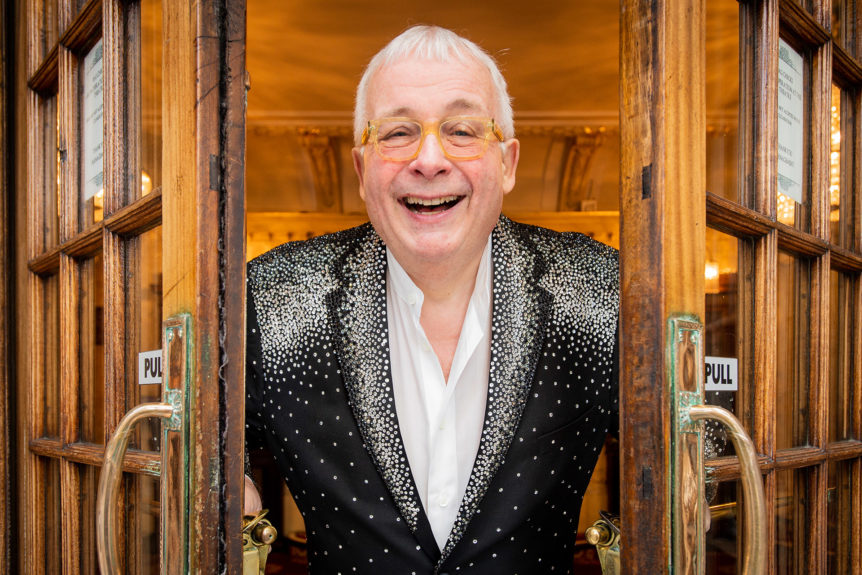 Speaking to celebrity event planner Liz Taylor, on her Events That Made Me podcast, star of the stage and screen, Christopher Biggins, has hailed his appearance on ITV’s flagship reality show, I’m A Celebrity Get Me Out of Here, as the ‘highlight of his career’.

The 71-year-old revealed that, despite having been cast in rich and varied roles during a career that spans four decades, he deems his trip to the Australian jungle to be the pinnacle of success.

“You may be surprised for me to say to you, but probably the highlight of my career has been I’m a Celebrity Get Me Out of Here. It really is. Because, not only having won it, which was fantastic to win because it was the public voting for it. It changed my life in so many ways. It was a wonderful experience. The jungle, a lot of people either hate or they love. I loved it. It was fantastic.” Listen Here

“It was 13 years ago and I’m still living off it. It was such a strong year and people still come up to me and say, ‘oh we loved it when this happened in the jungle’ and so that is very important to me.” Listen Here

The revelation is perhaps even more unlikely given that during the discussion, which airs on July 15, 2020 at https://podfollow.com/etmm-liz-taylor, Biggins also speaks in detail of his friendship with author/actress Joan Collins and the doors this has opened for him, including an occasion where he was to keep watch for Frank Sinatra while he smoked a cigarette.

“At the end of dinner, he [Frank Sinatra] said for me to go out into the hallway. He wanted to have a cigarette and his wife didn’t like it, so I had to stand guard, and we had another fabulous discussion.”

Dining alongside the likes of Sidney Poitier and Sinatra has become second nature to the star, who was born in Oldham, Lancashire and raised in Wiltshire.  Biggins shares his thoughts on taking elocution lessons from an early age, his love of travel and concerns for the travel industry, post-coronavirus pandemic, saying: “I think the problem there is going to be now is that, when lockdown happened there were 200 airlines, roughly, and I think next year there will be 20. I think travelling will be so difficult and expensive and I’m at an age now where if it’s over four hours I don’t want to go anywhere without a bed, but I think it’s going to be prohibitively expensive. I think if they do what they say they’re going to do, such as take out seats, they’re going to have to charge more. It’s going to be a difficult one.” Listen Here

Known for his infectious laughter and larger-than-life screen presence, Christopher Biggins has enjoyed a full and wide-ranging acting career. He shot to fame in the early seventies when he appeared in the sitcom Porridge alongside Ronnie Barker and became a household name when cast in other classics such as Upstairs, Downstairs and Some Mothers Do ‘Ave ‘Em. Biggins played Nero in the BBC’s adaptation of I, Claudius and went on to feature in dramas such as Minder and Poldark. Equally at home on stage, Biggins has become renowned for his love of a traditional pantomime and in 2017 he was awarded a lifetime achievement award at the Great British Pantomime Awards.

Liz Taylor is a successful award-winning event manager (www.tlc-ltd.co.uk) and businesswoman, a media commentator, motivational speaker and consultant for hospitality brands (www.liz-taylor-consulting.co.uk). She plans events for a range of blue-chip corporate clients right across the UK and Europe, in addition to a large private and celebrity clientele. This includes the likes of Michelle Keegan and Mark Wright, Eamonn Holmes and Ruth Langsford. Take That’s Gary Barlow and Howard Donald, football stars, actors, Prime Ministers, global business leaders….a royal guest or two.  Most recently, Liz has been sharing the benefit of her knowledge on a number of topics for the hospitality industry, including how to react to the current COVID-19 situation in terms of business planning, how the meeting and events landscape will look in 2021, and of course, what it is like to be a female pioneer in her industry. Never giving up. Overcoming life and business challenges.