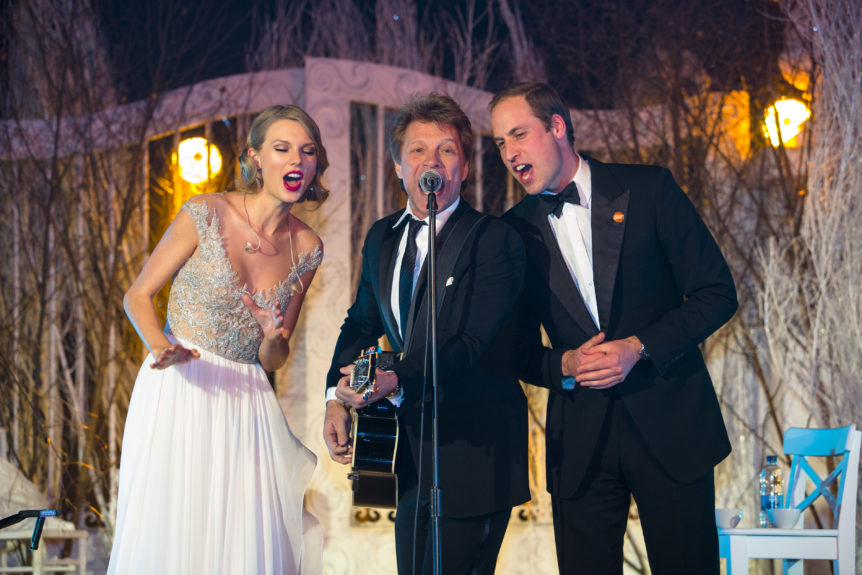 I recently had the pleasure of interviewing the inspirational Linda Plant on my Events That Made Me podcast, during which she described how she built her empire from the humblest of beginnings. Talking of her extraordinary career and the turning point that catapulted her toward multi-millionairedom, Linda said: “I never ever believing in refusing an opportunity. Seize an opportunity. Always say yes, until you’ve got to say no.” It was a moment that truly resonated with me. It made me reflect on the concept of making the most of every opportunity. And the understanding that opportunity knocks at unexpected times.

Point in case. On a busy workday, 10 years ago, the phone rang at TLC HQ. A woman’s voice was on the other. She explained that she wanted to meet me but couldn’t say who she was.  And, that she was trying to get a room at Great John Street Hotel, but that the Hotel was full. I could easily have labelled her as a time waster. Hung up. Carried on with my day. I had no idea who it was that she represented. But something intrigued me. A gut instinct. I decided to strike a deal with her. I would get her the room, IF she met me the next day at the Hilton Hotel.

I kept my end of the bargain and when I met her the next day, wow, what an opportunity it turned out to be. My mystery caller just happened to be Gary Barlow’s PA. And that phone call, shrouded in secrecy, turned out to be one of the biggest opportunities of my career. It led to me organising two Children in Need gala events and fundraisers for the Child Bereavement charity alongside Gary. Planning Howard Donald’s wedding. Becoming friends with Robbie and Ayda Williams and spending Thanksgiving with them. It culminated in TLC being commissioned to oversee an X Factor Final after show party. What a ride!

That’s the thing about opportunities – they can be easy to miss. Opportunity knocks at unexpected times and we can be too busy to see it. Sometimes we don’t want to see it. Other times we notice it, but we look the other way and don’t act. That’s because opportunities, by their nature, take us outside of our comfort zone.  And, of course, there’s the ‘f’ word – fear.

In my experience, the reward from embracing the right opportunity far outweighs the downside of following the wrong ones. When I first began my event business thirty years ago, it was after a chance meeting at the Midland Hotel. I happened to be at a completely unrelated meeting when the Hotel’s sales director mentioned that she was struggling to find somebody to organise a Hollywood-themed corporate night for them.  I leaned over and said: “I can do that for you”. To my delight, she agreed. It came out of nowhere, and it changed my life!

I often look back and wonder what have become of me if I hadn’t turned that passing comment into my opportunity to shine? Where would I be today? Certainly not at the helm of a successful event management company. Possibly not doing a job that inspires, motivates and excites me every single day. Wondering what would have been if I had not said yes. Back then, the event industry was very much in its infancy, and have I seen it grow and thrive. If I weren’t a part of it, I’m certain I would have looked back to that day at The Midland and thought: ‘what if?’.

Another thing about opportunities is when you begin to say yes to them, they snowball. More and more start to come your way. My chance meeting led to me setting up my first event company, which led to meeting Dianne Lynn and forming TLC. Then in turn getting the contract to be exclusive suppliers to the ‘new’ Granada Studios Tour attraction. Working on Coronation Street events and so on. Word of mouth worked its magic and I was contacted by many more people wanting to use my services.

Until finally I was in a position where one day, the phone rang again, and a voice asked to speak with Liz Taylor. They explained that they had been left high and dry organising a fundraising ball which just happened to be in two weeks’ time. The venue? Kensington Palace. The client? The Duke of Cambridge! My only question was ‘when do you need me to be there?” The next morning, I was at a meeting at the Palace talking about how we could turn around the Winter White Ball in less than a fortnight. Was I terrified? Yes. Did I have other work on? Of course. Did I ever think of saying no? Not for one millisecond! It was an opportunity that was simply too good to miss and it culminated in the Duke appearing on stage singing karaoke with Taylor Swift. A surreal and wonderful experience.

And to the present day. The events industry faces an uncertain future. TLC, my event planning business has been forced to take a hiatus.  In the madness – an opportunity lurked. Like everyone, I’ve spent more time at home during the last three months than I have for the last three years. Yet I’ve tried to look at as a blessing rather than an obstacle. I’ve been gifted with precious time, and I have chosen to turn that time into my next opportunity. Not only have I had time to focus on my consultancy, but I’ve finished writing my book and realised a lifetime ambition by launching my very own podcast. Not bad for someone who’s barely left the house.

And that’s the absolute best thing about opportunities. Not only do they seem to magically multiply when you begin to seek them out and say yes. You can also create them with nothing more than an idea and the will to make something happen.

So, it’s clear. Opportunity knocks at unexpected times. Next time it knocks on your door, be it in your business or personal life, don’t turn the other way. Don’t pretend you can’t see it. Face it head-on. Embrace your fears. And say yes!

Fear is one of the greatest obstacles to taking advantage of opportunities. I wrote about harnessing fear, and it’s worth a revisit at this point. Fear has been a huge emotion over the last few months, but now is the time to move forwards. https://www.linkedin.com/pulse/fear-secret-my-success-liz-taylor/