In my search for lockdown entertainment and as a piece of research to inform my own podcast, I’ve recently broadened my listening horizons. And in doing so, I happened to stumble across a truly inspirational series called Last of the Bohemians where Independent journalist Kate Hutchinson delves into the radical lives of older women who, quite frankly, do not give a damn.  I’d highly recommend a listen – It’s exhilarating to hear older women talk openly about love and life, but part of that is because it’s so out of the ordinary. Very often, women become invisible when they pass a certain age, especially in business. I’ve heard this phrase many times. I certainly don’t feel or act invisible myself. Yet in work and in life, I have come up against some interesting attitudes towards everyday ageism.

THE ELEPHANT IN THE ROOM: AGE

Age. It’s the elephant in the room. The thing that many of us fear most but would never admit it. It comes to us all, yet it’s something we don’t want to look at. Acknowledge. Accept. And unfortunately, age is also ‘the last tolerated prejudice’. Everyday ageism, everywhere.

When I started to research the subject, I found article after article detailing how, mainly women, sometimes men, have been treated differently, ignored, overlooked, even called on to throw in the towel, simply because of their advancing years.

I delved into the thoughts of wrestler Mickie James, who at 41 has been made to answer questions over when she plans to retire, because surely it will be soon? Even though she herself feels fitter and stronger than ever. Soap stars like Carol Harrison who lost their job amid what she outed as a ‘deliberate ploy to give the cast a younger profile’. Even the likes of Love Island’s Laura Anderson, who was recently called a ‘wrinkly, washed-up-has-been’, at the tender age of 31!

Columnist Christa D’Souza wrote in the Daily Mail, that a friend advised her against getting her teeth done, because – ‘what’s the point’ at her age!  As if, when we hit the age of 50 (or younger) we should stop caring what we look like and retire to fill our days with more fitting activities – gardening, baking, ‘keeping house’. Not for me.

Some women, myself included, have turned to aesthetics to slow down advancing years. A little nip and tuck here, I felt, and continue to feel, much better about my appearance. My thoughts are – why not? But we should do it for ourselves, not because society demands it.

And what about the companies who spend millions overhauling their brands to appeal to ‘younger audiences’. People over a certain age don’t simply lose interest in buying clothes, make-up, bags, shoes, holidays – very often we’re the ones with the disposable income to do so. Yet, society tells us that there’s little point in keeping up appearances anymore and so brands turn their attentions to the younger market.

Coronavirus has brought everyday ageism into even sharper focus. It is an ageist disease! Affecting older people more seriously than those in the younger cohorts. After the first lockdown I was party to a conversation where a young female professional had the most brilliant solution for how society could get back to ‘normal’. Quite casually she remarked to her companion, “can’t all the old people stay indoors so we can just get on with our lives?” It was a throw away comment. However, in that sweeping statement, she highlighted everything that is wrong with attitudes towards older generations.

It appears okay, in any of the situations I have outlined above, to cut out an entire section of society. And these everyday instances of ageism are often so engrained that they often don’t even register to most people. Had she been talking about another marginalised group, it still would not have been an acceptable comment, but it may have at least resonated for somebody other than me, the only person over 50 who was present.

In my Events that Made Me podcast, I recently spoke with Arlene Phillips who opened-up about the blight on her illustrious career; when she was very publicly axed from Strictly Come Dancing, without so much as a courtesy phone call. What struck me from that interview was not that she was angry or bitter. Far from it, she accepted the situation with far more grace and humility than I fear I would have done. Yet she was tough on herself for not fighting back at the time.

Arlene internalised and focused the criticism on her behaviour, yet surely it is all of our responsibilities to begin treating older people, especially women, with the respect and authority they deserve. It should not have been left to one woman to fight the battle. Read more about Arlene here: I Came from a Family Who Couldn’t Afford Dance Lessons – Liz Taylor Consultancy (liz-taylor-consulting.co.uk)

In some cultures, age is revered. Yet in western culture it is feared and regarded with distaste. Talking of the comparison between attitudes in Greece and America, Arianna Huffington wrote:

“The idea of honouring old age, indeed identifying it with wisdom and closeness to God, is in startling contrast to the way we treat aging in America.”

In business, where you would presume being older would put you at an advantage, a recent report titled ‘Doddery but Dear?’ reviewed attitudes to older workers. It found they were seen as having lower levels of performance. Less ability to learn and be more costly than younger workers. Harsh criticism indeed.

What about all those years of experience?  The contacts, relationships and the knowledge that only come having been in the game for a long while. I know personally, I’m a much savvier businesswoman than I was thirty years ago. I get things done quickly because I’ve spent years building up a network of people that I can call upon. I’m decisive and proactive because I’ve often been through the scenario before. Whatever you throw at me, I’ve often navigated worse!

Perhaps that threatens some people. But unfortunately for them, I’m not ready to step aside and pick up my trowel just yet.

We should be celebrating people in business.  Especially those that have started their own business at any age, without giving them the awful designate of ‘olderpreneurs’. Surely, they are just entrepreneurs?

Age, and ageism, is something we need to face up to. It comes to us all. We can’t stop it. And, to all those people who think this is a long way off – it comes more quickly and more suddenly than you will ever imagine.

We need to start challenging ageist behaviours and calling out those who think that it’s okay to write somebody off because of their age; even if it’s our peers for trying to talk us out of things that they look on as something for younger generations.

Some of the women I most admire are into their sixties. Arlene, of course, the inexorable Lynda Plant, my friend and one of the most professional broadcasters I have ever met, Ruth Langsford to name a few. All women with such rich and diverse experiences to share. The funny thing is that after losing her This Morning job recently, Ruth is now gearing up for a return to our daytime TV screens. Back by popular demand. 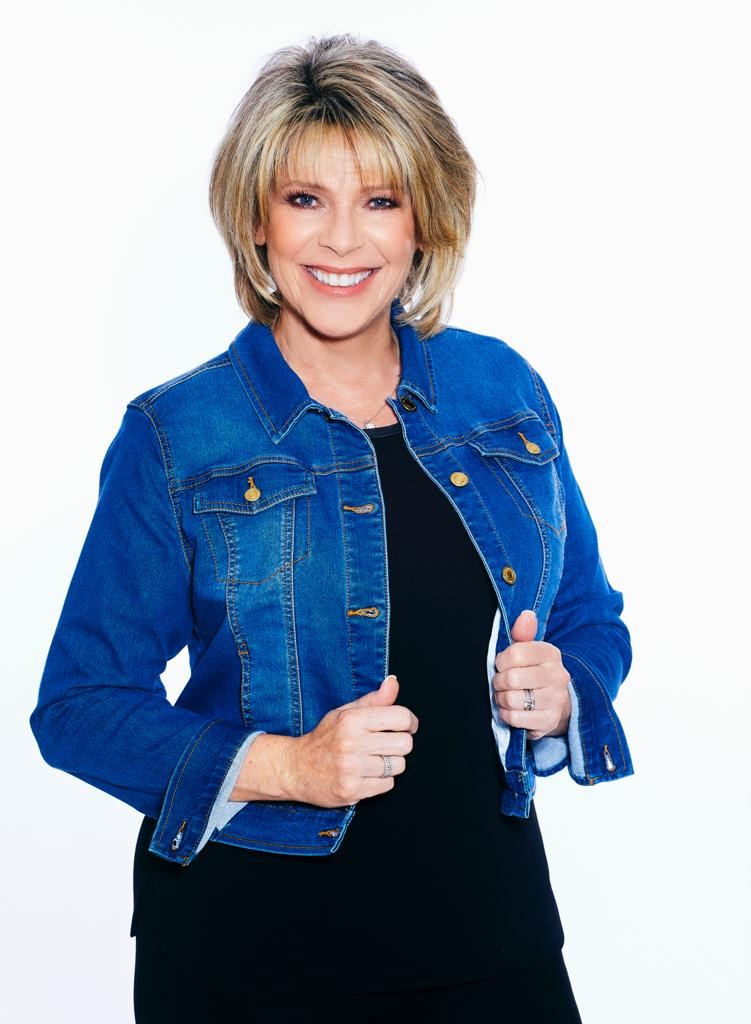 For me, age is just a number. I made changes because what was in the mirror didn’t reflect how I felt on the inside. Recently, I’ve started another new business in my consultancy. I’ve just launched a podcast. I’m two thirds of the way towards publishing my first book. And I have plenty more projects in the pipeline. At my age? What am I thinking?

What I want to see is more stories like this from the Daily Mail: https://www.dailymail.co.uk/femail/article-9372499/57-year-old-model-makes-stunning-return-Sports-Illustrated-Swimsuit-Issue.html

Challenge everyday ageism! Take a listen to the Last of the Bohemians podcast: The Last Bohemians

Thanks for sharing our thoughts.