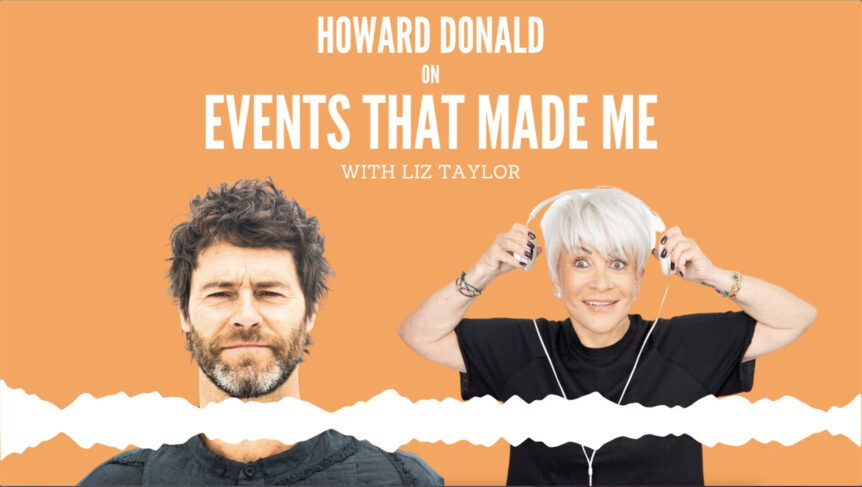 >>> Click here to read the full article on the Mail online

Howard Donald has joked he isn’t a fan of Take That’s catalogue of hits as he described their songs as ‘s**t’.

The singer, 52, was asked what his favourite song from the group was but could not name any he liked.

Speaking on the Events That Made Me podcast, he said: ‘I don’t like any of them, they’re all s**t.

While Take That are known for their pop hits, Howard is a bigger fan of dance and electro music.

He said: ‘At the moment I’ve got 15 boxes of vinyl, all dance music from the late 80s and 90s, I’m sifting through – Beck, Chemical Brothers, Kraftwork, Human League, Gary Numan…’

He said: ‘We’ve always said we want people to walk out of those arenas and say: ‘Wow. It was an amazing show. I got my £80 worth,’ he tells the Events that Made Me podcast.

‘Production wise, you could spend anywhere between £10million – £15million producing a show like that.

‘Then obviously you’ve got to do enough shows to get your money back, otherwise you would be doing it for free. And we are a business at the end of the day.’

Robbie Williams and Jason Orange both left the band, leaving the trio of Howard, Gary Barlow and Mark Owen.

Over the years, Howard has noticed the group has managed to gain more male fans in contrast to their early boyband days.

He said: ‘We never used to see guys at our show, and bit by bit the girlfriends would be bringing the guys, and the guys would have their arms in the air.

‘You’d have boxes booked out with stag dos, singing along – whether they’re p*ssed or not, it doesn’t really matter.

‘They’ve come along because they know Take That’s going to deliver a performance – whether you like the music or not.’