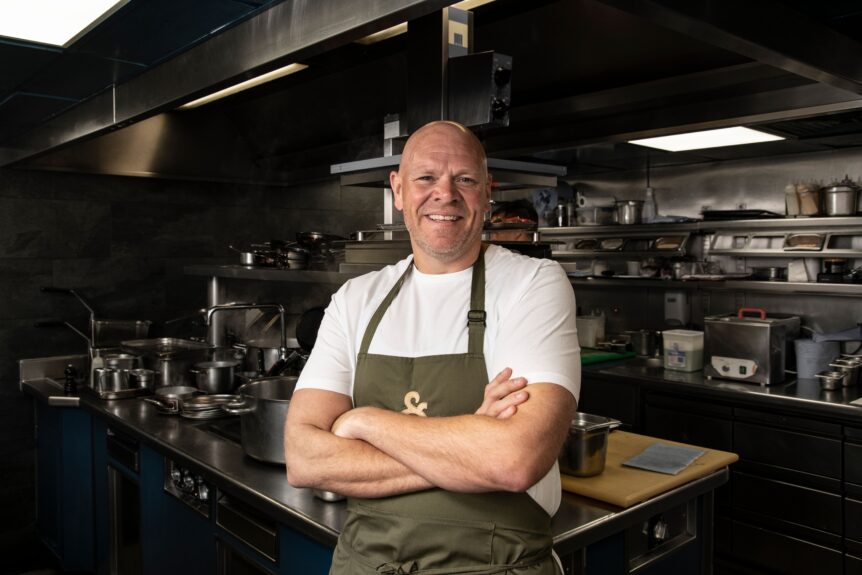 Risk, Resilience and 48 Hour Shifts – can today’s hospitality industry learn anything from those who survived the financial crisis?

In the latest edition of the ‘Events That Made Me’ podcast, with leading event planner and hospitality consultant Liz Taylor, award-winning chef Tom Kerridge has spoken of how he and wife Beth Cullen-Kerridge almost lost everything during the Great Recession in the late 2000s. He shares the ‘difficult business decisions’ that the couple had to make during that time, likening it to the situation that the COVID-19 hit hospitality and event industry faces today.

The husband and wife team, who own a total of three pubs (with the same number of Michelin stars), had just invested in their first venture, The Hand and Flowers, which was thriving until the financial crisis hit in 2007. Describing how their success could have been a very different story,

“I think when you run businesses and particularly when you hit a recession and very difficult times like we’re walking into now, as business owners you’re faced with very hard decisions in front of you and everything that you make is your decision and you can’t see ways out of it. Normally, if things are good and there are problems to be solved, you can always manoeuvre things and adapt and control, and you can still change the environment and the way that you’re working to be able to work because there’s money coming through the door, there’s guests, the phone’s ringing. However, the moment the recession hit, it suddenly becomes out of your hands and it’s very very difficult. Like right now it’s out of your hands and no matter how many different decisions you’re making and pivoting your business , it’s all over the place, it’s not all in your control and I like being in control.”  CLICK FOR AUDIO CLIP

Still owing money from the initial set up, the couple were faced with financial hardship and were forced to pivot the business as many have in 2020, working round the clock to keep it afloat. An effort that took them to the brink of exhaustion. Yet, Tom believes it is this difficult period that made their relationship stronger than ever.

“We ended up working even harder” he continued. “I would get up at 6am, make the bread and work all the way through, finish service at midnight then go to bed, get up and start all over again.

“On a Friday morning I would get up a 6am get into the kitchen work all the way through, then at Friday night round about midnight I’d then get a Kitchen Aid or a Kenwood mixer out and make 70, 80, 100 loaves of bread all the way through the night. Beth would come in about 7 o’clock on a Saturday morning, take the loaves of bread then sell them on a little stall on the high street in Marlow. Then I’d continue to work through the Saturday till midnight – I mean that’s a 48-hour shift.

“It puts huge pressure on everything because you’re exhausted, but if you’re lucky enough to be with the right person it cements foundations, it helps you bond much stronger. The two of you learn about each other rather than being lovers and friends.”

”Events That Made Me’ with Tom Kerridge is available from November 25, 2020 at 9am to stream at https://podfollow.com/etmm-liz-taylor

During the interview, Tom also sang the praises of wife Beth who he says has been the catalyst for their success in business. He adds: “She is the driving force behind between everything we’ve done, be it running a pub or opening a business. The concept or the idea of being your own boss was never really in my psyche. Beth had always worked for herself, she answers to herself, she’s her own entity.

“Beth is hugely creative. I view what I do as a chef as a trade, I’m not creative, it’s an understanding of building blocks of flavours of profiles and methodology. I view what I do as something similar to a builder or an architect. Someone that pieces things together….. The creative element does very much come from Beth so between us the partnership does tick a lot of boxes. Between us we’re both very conscious of being able to create spaces. There’s so much more to it and a lot of it is about atmosphere and energy and how that is created.” CLICK FOR AUDIO CLIP

Talking of the risks they took as they started out, Tom continued: “What we did was, we had this little cottage in Norfolk and we said we were going to do an extension on it, so they (the bank) lent us thirty grand to do the extension that we used to buy the fixtures and fittings of a tenanted pub, I mean it was a complete lie and then to do refurb work we just borrowed money on a credit card and it was just kind of like, now we’re in it, now we’re in the s**t now we’ve got to do it. That was in 2005. The bank when they found out weren’t that happy, but at that point then they had to make a decision. They’d already lent the money, they could recall the money, or they could now back us and do this, which at that point they did, which was great.

We ran with it and it’s been amazing. Within ten months we’d won a Michelin Star.”

Liz Taylor’s 30-year career in event planning has built an impressive portfolio of events, including celebrity weddings, charity fundraisers like Children in Need with Gary Barlow and huge gala dinners such as Winter White Gala at Kensington Palace for HRH Duke of Cambridge, as well as the Manchester United Champions League winning after party in Moscow and Coronation Street’s 40th anniversary celebrations. During lockdown in March, with the events industry on hold, she turned her attention to launching her own consultancy https://www.liz-taylor-consulting.co.uk/ and realised a lifelong ambition in launching her own podcast.

Lisa Riley, Sally Lindsay, Eamonn Holmes, Antony Cotton, Christopher Biggins, Katie McGlynn and Linda Plant were just some of the celebrity guests to share the highs and lows of their road to stardom in the premiere season of her ‘Events That Made Me’ podcast which is still available at https://podfollow.com/etmm-liz-taylor