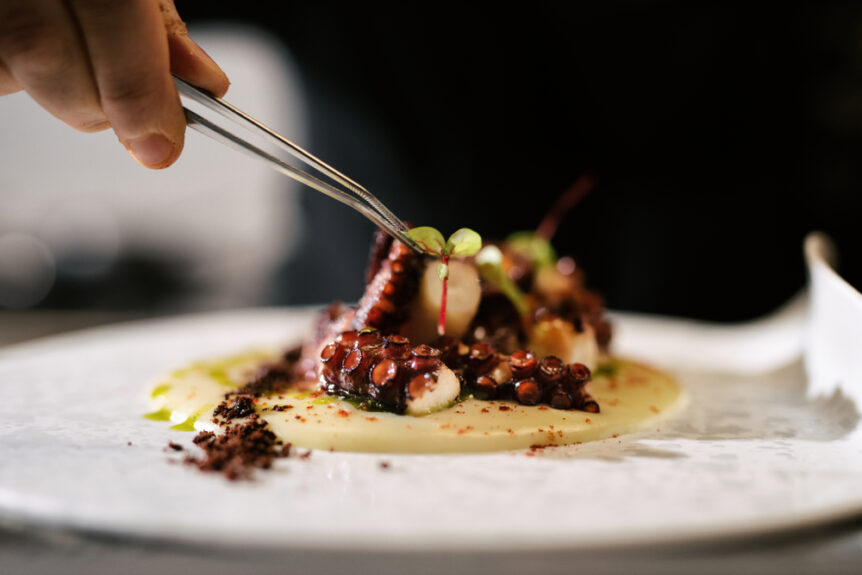 In response to Cumbrian restaurant L-Enclume receiving three Michelin Stars, Liz explores the history of the Michelin Star standard, including asking the question: ‘does gaining a Michelin star help your business?’. And, are there are alternatives for those striving to break into the luxury hospitality market?

Being at the helm of the leading event planning agency based in the Northwest of England, I’m always on the lookout for the best restaurants and venues our region has to offer. And in my role as a hospitality consultant, I’m always searching for ways that brands can tempt luxury clientele through their doors. I keep a keen eye on the fine dining scene for my discerning clients, and of course myself. Well, who doesn’t enjoy the finer things in life?

I was thrilled when it was recently announced that Cumbria-based L’Enclume was the first restaurant in the north of England to win three Michelin stars. 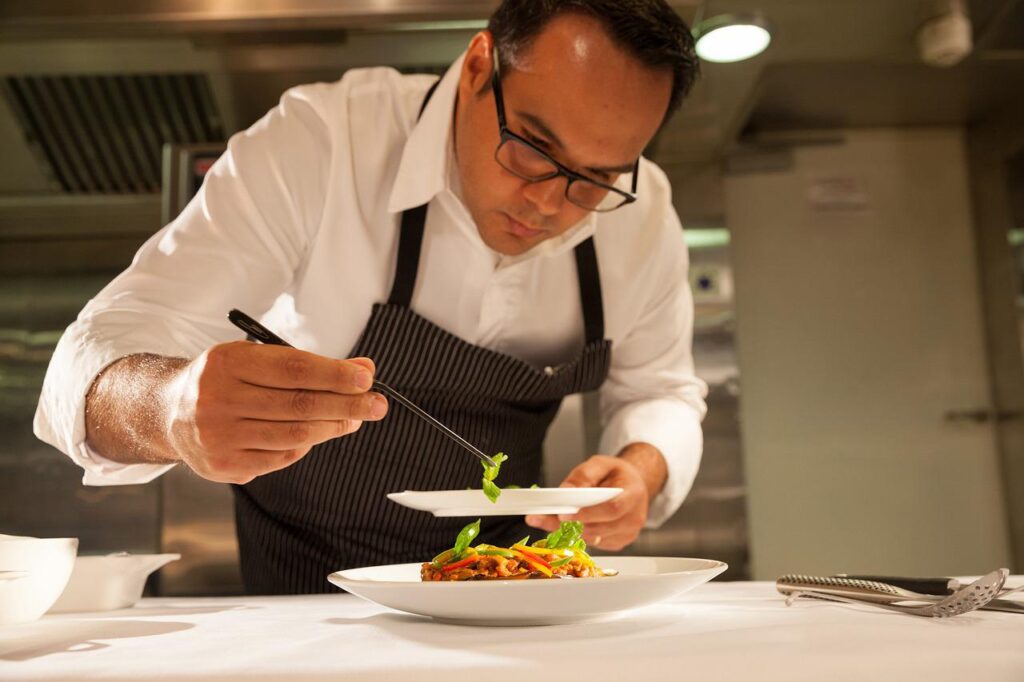 It is the 8th three-star Michelin restaurant in the UK. That it’s the first in our region (and indeed outside London) to achieve the accolade is a point of contention. Nonetheless it’s extremely well-deserved and perhaps denotes the beginnings of a sea-change for restaurants outside of the capital achieving the highest honour to be bestowed upon a restaurant.

But what is the Michelin Star? Where did it originate? Given the importance most chefs/restauranteurs place upon it. And the difficulty most find in achieving it. Does gaining a Michelin star help your business or are there any alternatives that command the same respect?

THE HISTORY OF THE MICHELIN STAR

You may have walked past a back street tyre garage in the UK and noted the tyre-mascot on the billboard with a brand name embossed on his side – Michelin. A far cry from the world of fine dining, but if you ever pondered whether this chubby tyre man (The Michelin Man or Bibendum as he is known in France) and the word’s most coveted culinary accolade, share origins, you’re not as crazy as you think. The Michelin name behind the star brand and the tyres company are in fact, one and the same. Or rather I should say, the success of one bore fruit for the other. The Michelin Guide was launched with the profits of the tyre company and to underpin a very clever marketing strategy.

When the origin story of the Michelin Guide is examined more closely, it reveals a brand marketing stroke of genius. Both originated in the town of Clermont Ferrand, France and were the product of the pioneering Michelin brothers. They not only turned around the fortunes of their grandfather’s failing tyre business, transforming it into the world’s most recognisable (and profitable) tyre business, but revolutionised the standard by which restaurants are now judged across the world. As described by the BBC:

“One of the company’s cleverest manoeuvres was to highlight food worth travelling for. The guides’ coverage of restaurants with standout regional cuisine and well-stocked wine cellars coaxed drivers into travelling further (and, of course, they needed sturdy Michelin tyres to complete their journeys).”

As well as giving their customers a reason to travel and in the process buy more tyres, they naturally elevated their brand to be aligned with some of the best restaurants in the world.

Today, Michelin is synonymous with the finest restaurants in the world, reaching across Europe, Asia, and the Americas.

Joël Robuchon, the world’s most Michelin star-decorated chef, has famously claimed the accolade to be financially transformative. He told Food & Wine magazine:

Other restaurants reported their income tripling on receiving the award.   So that would seem to answer my first question of earlier resoundingly – does gaining a Michelin star help your business? Absolutely.

And with reports of hardened chefs such as Gordon Ramsey breaking down into tears, or worse, the rumours surrounding Bernard Loiseau committing suicide, when being stripped of a Michelin Star, it’s clear that receiving the award is more than monetary.

It has risen to be the defining moment in the career of any aspiring chef. The rating system can transform the reputation of a chef or crush it, in one swift movement.

But it’s not without its criticism. That it’s Francocentric is just one. That it focuses only on expensive, luxury restaurants another.

A lack of transparency has also been levied at the scheme. The judges remain undercover as they have always been, travelling the world in secret and sampling some of the finest food it has to offer. What a job!

In the UK there are issues too, with a disproportionate amount of Michelin Stars being awarded in London and the South, despite the vibrant, contemporary dining scene on offer throughout the entirety of the country.

And let’s not forget the disproportionate amounts of time, energy and money invested in the Michelin journey – is it really worth all this effort to the bottom line?

Yet still the standard remains a ‘dictator of taste’.

ARE THERE ANY ALTERNATIVES TO A MICHELIN STAR?

According to the Michelin Guide:

“A Michelin Star is awarded for outstanding cooking. We take into account the quality of the ingredients, the harmony of flavours, the mastery of techniques, the personality of the chef as expressed in their cuisine and, just as importantly, consistency both over time and across the entire menu.”

Despite competitor restaurant guides such as Gayot and Zagat gaining traction, Michelin remains the most-widely known and most coveted award for restauranteurs. However, how, and when a restaurant may be awarded a star is largely out of the proprietor’s control. So, what can those looking to break the luxury market do to raise their profile?

Food critics – The likes of Marina O’Loughlin of The Times and The Telegraph’s William Sitwell have opinions that hold weight, so when your luxury PR strategy cranks into action, be sure to have them on your invite list. But have your ducks in a row. A bad review can be ruinous, and neither will pull their punches if they have a less than pleasant experience. Serve a soggy roast potato at your peril. 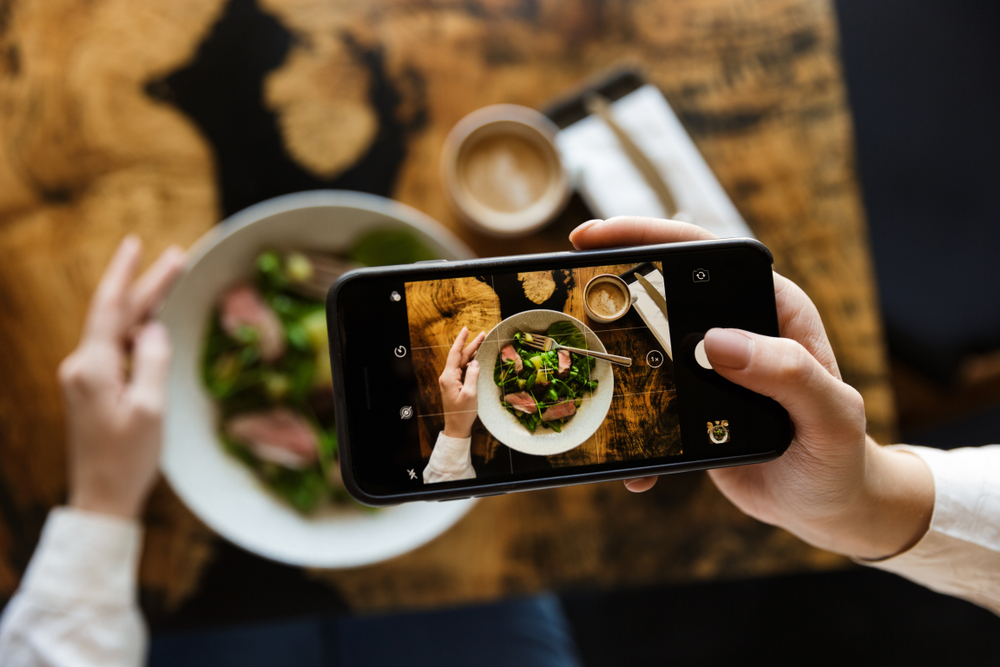 Hotels, of course are governed by a star rating, which in the UK is a robust and reliable system with a clear set of criteria.

On an international basis star ratings can be confusing, given that there is no global standard. It’s getting more formalised but there is work to be done.

For anyone wanting to learn more, there is a fantastic article by Which that attempts an explanation:  https://www.which.co.uk/reviews/uk-hotel-chains/article/hotel-star-ratings-explained-a0bgV3M8kfx2

And with the rise of Trip Advisor, guests can now rate their experience themselves. Even though it’s not widely seen as a luxury marketing tool, the real customer experience is not to be underestimated.

Celebrity clientele – where the rich and famous go, so the rest follow as demonstrated most recently by the Salt Bae phenomena, you can read my analysis of his marketing strategy here. For luxury marketing you need a few famous faces to be seen and snapped enjoying the ambience.

For me, the absolute best thing you can do to attract the luxury market is to stay true to your vision. Be unique. Be different. Embody quality. Have meticulous attention to detail. Live and breathe your values and hire staff that are in line with you. When a team is passionate and aligned, working towards a clearly set out vision it’s almost impossible to fail.

What exploration of the Michelin Guide would be complete without a few recommendations, here are my top Michelin Star restaurants to visit in the UK.

Of course, I had to include the UK’s latest three-Michelin star restaurant that inspired this blog post. L-Enclume has been on the scene for decades and achieved its second Michelin star around 11 years ago. A leader of the foraging and local sourcing movement, chef and patron, Simon Rogan infuses his establishment with a hyper-local, seasonal philosophy. This quickly escalated to him taking over additional land and running his own farm. The twenty-course tasting menu is described as providing ‘exceptional skill, balance and creativity with exquisite presentation’, leaving diners ‘enchanted and amazed’. Definitely one to visit soon.

We couldn’t include a guide to the best Michelin star restaurants without a tribute to the ‘temple of innovation’. This year marks the 25th anniversary of the restaurant, which burst onto the scene a quarter of a century ago, thrilling diners with a unique style of culinary alchemy.

To celebrate, the restaurant is presenting diners with an anthology menu.

The interior design of this setting within Sketch is a far cry from the stuffy, oak panelled abode suggested by its name. Elaborate, contemporary, extroverted but never tacky or tasteless.

For the past two years, the venue has retained its three-Michelin star rating. The food is as stylish and whimsically presented as the décor.

I just had to honour my hometown. Simon Martin is the chef credited with finally bringing the elusive Michelin Star to Manchester. It’s an achievement that once seemed a castle in the air as the exciting and developing Manchester dining scene seemed to be continually snubbed. He describes Mana as his canvas – alive, evolving, and immersive.

Premium ingredients, sophisticated dishes and an atmospheric, artful setting. One to watch as Dublin’s plethora of delectable eating establishments continues to grow.

The Hand and Flowers, Buckinghamshire

The only pub in the UK with two Michelin stars. Described by its down-to-earth owner and friend of mine, Tom Kerridge, as a ‘proper pub’ with ‘proper food’. 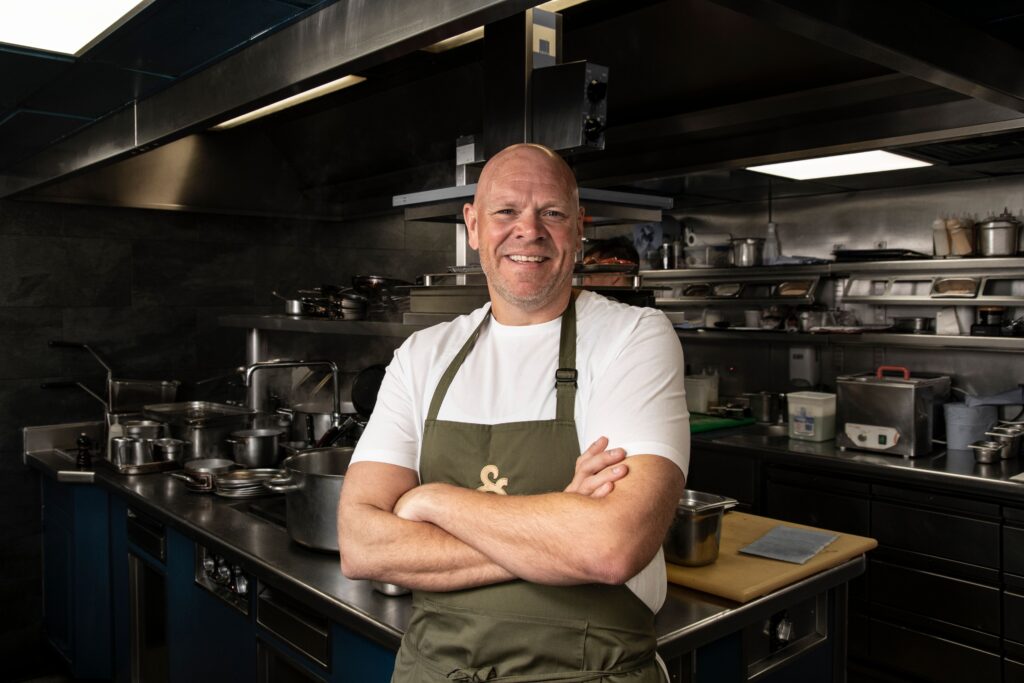 The Angel at Hetton – Hetton, Yorkshire

A reimagined menu from renowned chef Michael Wignall; with a casual contemporary style.

Does Gaining a Michelin Star Help Your Business? Thanks for sharing our thoughts.